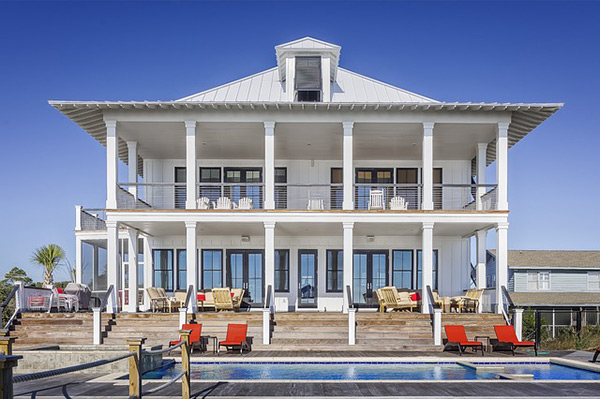 With home prices reaching heights unheard of across the nation, it all may seem scarily reminiscent of the factors that led up to the housing crash. Is this the worst type of real estate deja vu?

Reality check time! Another crash is altogether unlikely since some of the primary drivers of the crisis—easy credit and an abundance of new construction and homes on the market—are no longer present. These days, more-qualified buyers with stronger credit scores are receiving the bulk of the mortgages and there’s a dearth of homes for sale and not enough new ones going up to meet demand.

But about half of the largest 50 markets in the U.S. are overvalued, according to a recent CoreLogic report. The research company compared October’s home prices and local household incomes to historic norms, starting in 1976, to figure out which markets were out of whack, or overheated. About 36% of the largest 50 metros were deemed fairly valued, and 14% were undervalued.

The report concluded that metros such as Las Vegas, New York City, and Denver are overvalued when taking into consideration the income of residents. Home prices in those markets rose 10.2%, 3.6%, and 8.3%, respectively, year over year.

Instead, he expects price growth to slow down or even dip a little if mortgage rates rise, which they’re expected to do next year.

Wait, this famously pricey market is not overvalued?!

It’s all relative, according to Nothaft. “Prices in the Bay Area city have always been very high compared to the local households,” he says. “Families have adapted to that. That’s just the norm for San Francisco.”

Nationally, home prices shot up 7% year over year in October and rose 0.9% from September, according to the report. They are anticipated to go up an additional 4.2% through October 2018.

“The acceleration in home prices is good news for both homeowners and the economy because it leads to higher home equity balances,” Frank Martell, president and CEO of CoreLogic, said in a statement. “However, for entry-level renters and first-time homebuyers, it leads to tougher affordability challenges.”

Prices shot up the most in Washington state, home to Seattle, where they jumped 12.5% year over year. That was followed by increases of 10.1% in both Nevada and Utah, 9% in Idaho, and 8.2% in both Colorado and Michigan.

Though prices are up and a chosen market may be overvalued, potential buyers needn’t look elsewhere.

“If you’ve got the financial wherewithal and have saved up for the down payment and closing costs and you’ve found a home in a neighborhood you really like, you are well-positioned to buy a home,” Nothaft says.